Despite the very low number of its products, FORTUNE already has an excellent production since it is the mother of crack, reigning European Champion: H&M ALL IN (by KASHMIR VAN'T SCHUTTERSHOF) associated with the world n° 3 Peder Fredricson !

Together, they won numerous titles including the one of Olympic vice-champion in 2016 in Rio individually, the team silver medal at the European Championships, and numerous rankings in CSI, Nations Cups, Grand Prix 5 *. !

Before arriving under the saddle of the Swedish, he finished 4th in the World Championship for 7 years old in Lanaken with the Belgian Nicola Philippaerts.

She is also the dam of GO AHEAD DK Z (GLASGOW W V H MERELSNEST), which currently runs on CSIYH1 *, as well as of HAPPINESS DK Z (HOOCH), which begins brilliantly at 7 years old! His first run at 140.

BELLAFLEUR also produced the full sister of FORTUNE, mother of the mare DUBAI DU BOIS PINCHET by KASHMIR VAN SCHUTTERSHOF, who seems to want to follow in the footsteps of her cousin ALL IN! She is currently showing all her qualities under the saddle of Martin Fuchs in CSI4 and 5 *. 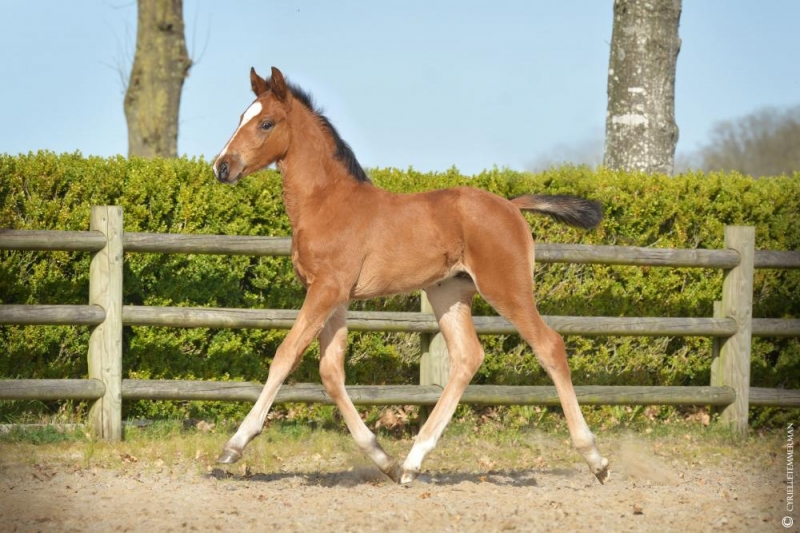