A cross of champions since GOVERNOR is a son of the famous TOTILAS, the best dressage horse of his generation, associated with the full-sister of the World Champion PARZIVAL!

GOVERNOR brings together the best of these two Legends of dressage and this makes it the pride of Dutch breeding.

His mother, the famous mare ORLEANS (JAZZ x ULFT), is voted "Preferent, Elite" and is already the mother of TC ATHENE (by UNITED), winner of the Pavo Cup and participant in the World Championships for young dressage horses in Verden. . TC ATHENE's brother BRENTANO was selected in the performance tests and also took part in the Den Bosch championships.

GOVERNOR was certainly the most noticed stallion during the KWPN stallion show in 2014. He won his test hands down with 85.5 points.

By our late DON JUAN DE HUS, son of JAZZ, who in 2013 was the third best sire in the world approved by offspring thanks to the numerous performances of his products: PARZIVAL, GLOCK'S TANGO, UNLIMITED, BLOM'S WYNTON, ORION, TOOTS, MACRIDER FIRST...

In this pedigree, the Grand Prix stallion JAZZ is crossed with a daughter of KRACK C, who obtained good results in Grand Prix with Anky van Grunsven. Like JAZZ, he was successful at YWAM in Jerez de la Frontera in 2002.

DON JUAN DE HUS shone on competition grounds until he was 5 years old before devoting himself to breeding. Champion of France at 4 years old, he was nicknamed "the extraterrestrial" for his extraordinary looks.

He is undoubtedly the father of champions. Each year his production dominates the young horse competitions as well as the stallion approvals in France but also abroad. This is the case, among others, of:

Daughter of ARGENTINUS. It has been approved in 8 stud-books. He has 55 approved sons and around 30 award-winning daughters. The reputation of this stallion is well established. He produced excellent performers in both obstacle and dressage. He finished 3rd in his test in Adelheidsdorf and was elected Stallion of the Year in Hanover in 2005. At the Elite sale of Hanover foals in 2003, one of his sons, ALL STAR ZH reached the price of 60,000 €.

ESPRI is "Verband Premium Stute" (Elite mare from his studbook). She is the daughter of FAHNENTRAEGER II who also produced the state-winning and Elite HABSBURG mare in her studbook. The latter is very recognized in the Trakehner since she produced 2 approved stallions, HAMILTON and HERZOG VON NASSAU, and also 3 award-winning daughters.

FAHNENTRAEGER II is recognized as a good father of mother. 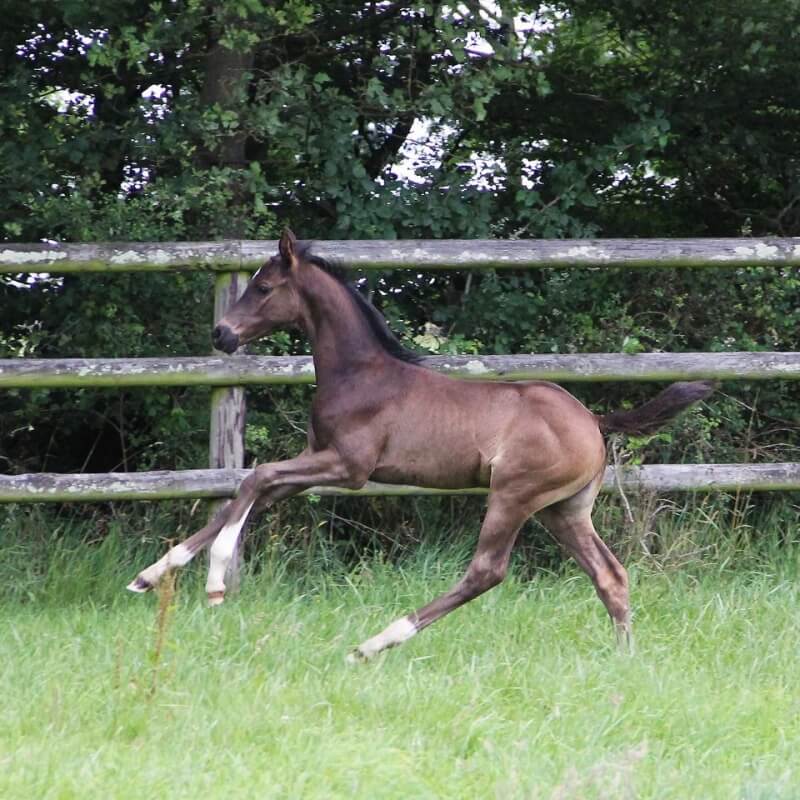