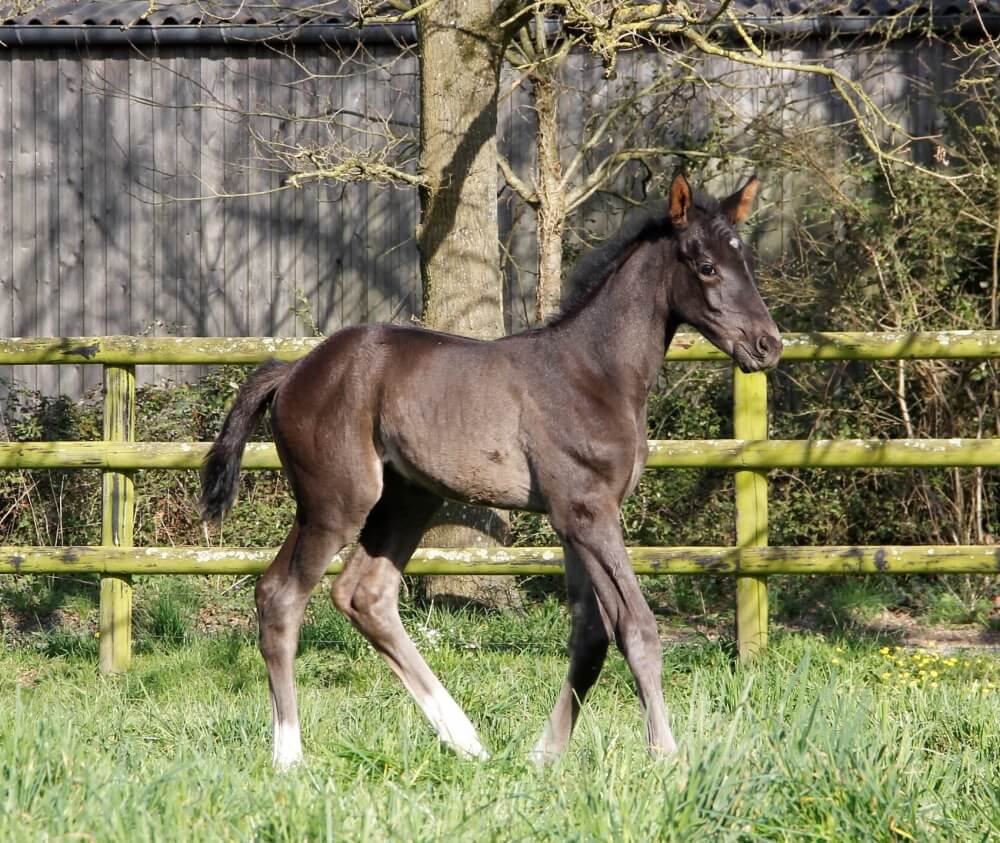 Young Horse World Champion in Ermelo in 2019, he qualified for the Bundeschampionate three times and always finished first or second. Son of the triple World Champion for Young Horses, SEZUAN, he stands out for his impressive gaits and already for his production, regularly top price at prestigious auctions.

BYZANCE DE HUS has exceptional genetics: BELLISSIMO M, considered as one of the most efficient sire of modern times, crossed with the line of SANDRO HIT.

FENICE DE HUS is a daughter of the internationally reputed stallion FÜRST HEINRICH who was a great sire as well as a promising sports horse before passing prematurely in 2005.
He was a premium stallion of the Westphalian licensing. He was qualified for the Bundeschampionat 2002 and 2003 and also won the World Championship for young dressage horses in 2003 with Holga Finken. He has several licensed sons.

Elite/State-premium-mare LA TRAVIATA is the full-sister of the foundation stallion SANDRO HIT
Her father SANDRO SONG was the winner of the Stallion licensing in Vechta in 1990. He participated in the 1994 WEG in Den Haag with Ante Smelsa.
LA TRAVIATA’s full-brother SANDRO HIT was Bundeschampion, World Champion of six year old dressage horses and trained up to Grand Prix. Several of his offspring also won the German Bundeschampionat :
• POETIN
• SHOWTIME
• SAN RUBIN
• SIR DONNERHALL 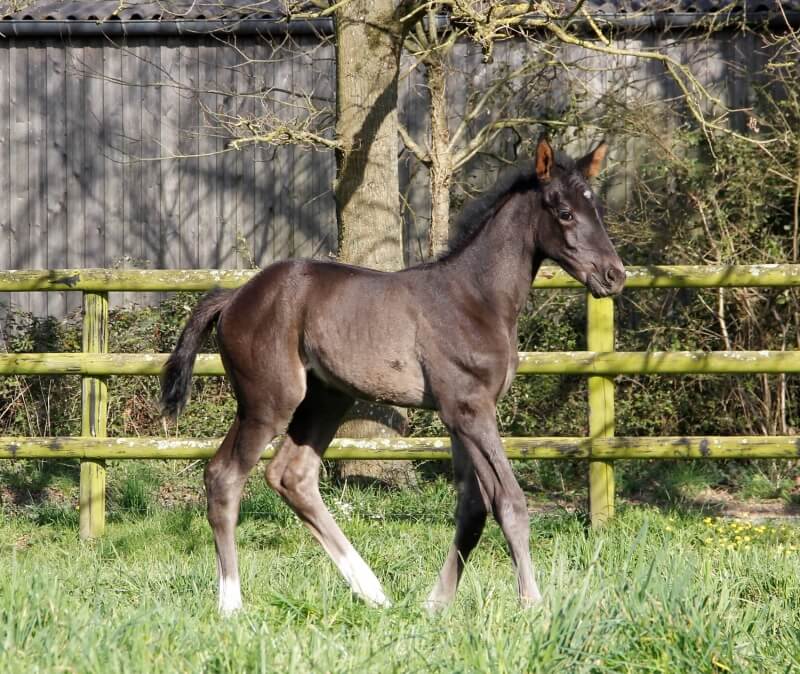