DON JUAN DE HUS is a son of the renown KWPN stallion JAZZ. At present, the offspring of father JAZZ, who are on Grand Prix level, are best proof that he has the world’s best genes for dressage horse breeding.
Among famous examples are PARZIVAL, GLOCK'S TANGO, UNLIMITED, BLOM'S WYNTON, ORION, TOOTS, MACRIDER PREMIER...
In thIS pedigrees, JAZZ was crossed with a daughter of KRACK C, who had achieved Grand Prix level himself with Anky van Grunsven. Just like JAZZ, he was successful in the 2002 World Championships in Jerez de la Frontera.
A combination of JAZZ with KRACK C resulted in promising dressage talents like VIVALDI and ZHIVAGO in the Netherlands.
In his third generation, JAZZ carries the blood of stallion AMOR. This dressage stallion, indispensable in the development of Dutch breeding, reappears in this pedigree in the fifth generation in through his son HUZAAR.
There are currently various horses with jumping blood in the dressage world and in this pedigree it was brought in by the stallion DAMIRO B in the third generation, who himself is a product of the successful combination RAMIRO Z – ALME Z.
This mother lineage also contains the required blood thanks to stallions TROUBLEMAKER xx and COBBLER’S THREAT xx in the fourth and seventh generation.
The Grand Prix dressage horse RENATE (SAMBERTINO) also comes from this family.

Her father WANDERBURSCH II was a very talented and elegant stallion. He descends from some of the best hanoverian lines. 1988 he was first runner-up of the Oldenburg stallion licensing. He has 6 licensed sons and 28 state premium daughters. His offspring compete up to S-level in dressage as well as in jumping.

WYELLA is also the dam of the licensed stallion LAURENTIO and the French Champion 2011 STARLETT DE HUS. WYELLA won the Louis-Wiegels-Show in 1995.
LAURENTIO (LAURIES CRUSADOR xx) is licensed in Oldenburg Hannover, Rhineland, Westphalia and Denmark. In 2005 he qualified for the Bundeschampionat. He is the father of:
• LIGHT AND EASY, Winner of the Hanoverian licensing
• LLOYD WEBBER, Winner of the Oldenburg licensing
• LET'S TALK ABOUT, sold for the top price 170 000 € at the Medingen auction
STARLETT DE HUS (SAMBA HIT) was French Champion of the 4-year-olds and finalist at 5 with Jessica Michel. She now continues her career with the swiss Grand Prix-rider Céline Michaud.

WYELLA’s dam state premium mare GINA is a daughter of GRANDE who has over 46 licensed sons, such as the famous GRAPHIT, and about 30 state premium daughters.
Three of his offspring participated in the Olympic Games:
• GRANDE GISO (Netherlands)
• GRANDE ( USA)
• GUTE SITTE (Belgium).
GRANDE can be found in the pedigree of talented dressage and jumping horses such as :
• GRANDEUR
• GALAPAGOS (who participated in the World Championship 1982),
• GRANNUS
• GIGOLO, multi-medal-winner at the Olympic Games, WEG, European Championships and international Grand Prix under Isabelle Werth 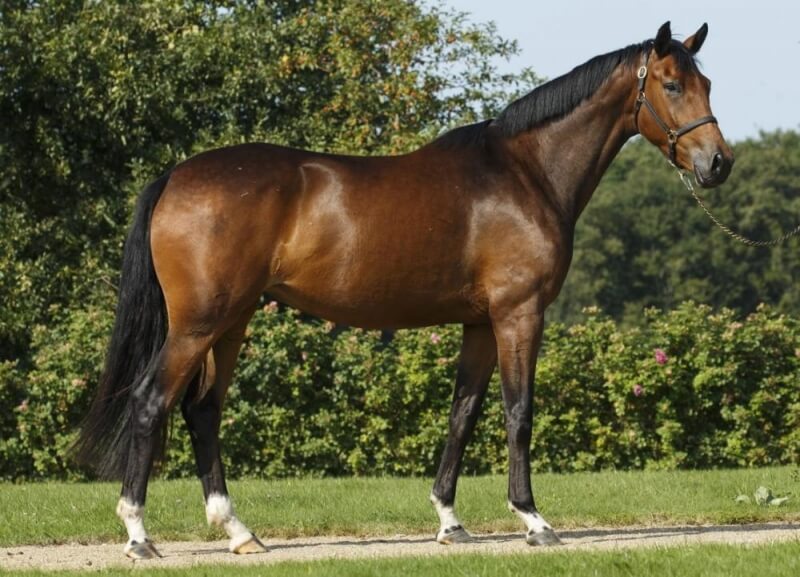 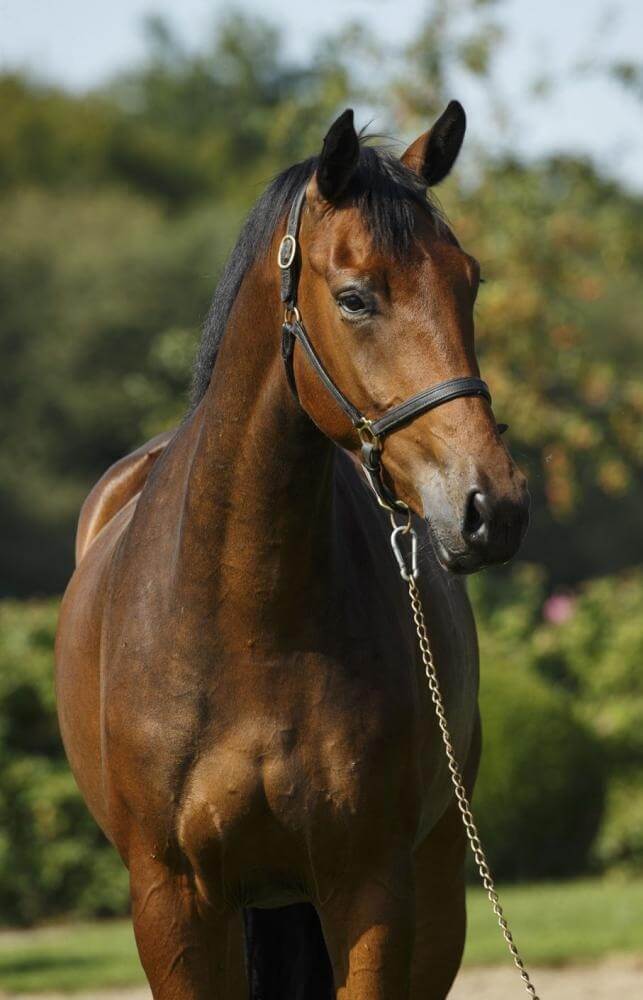 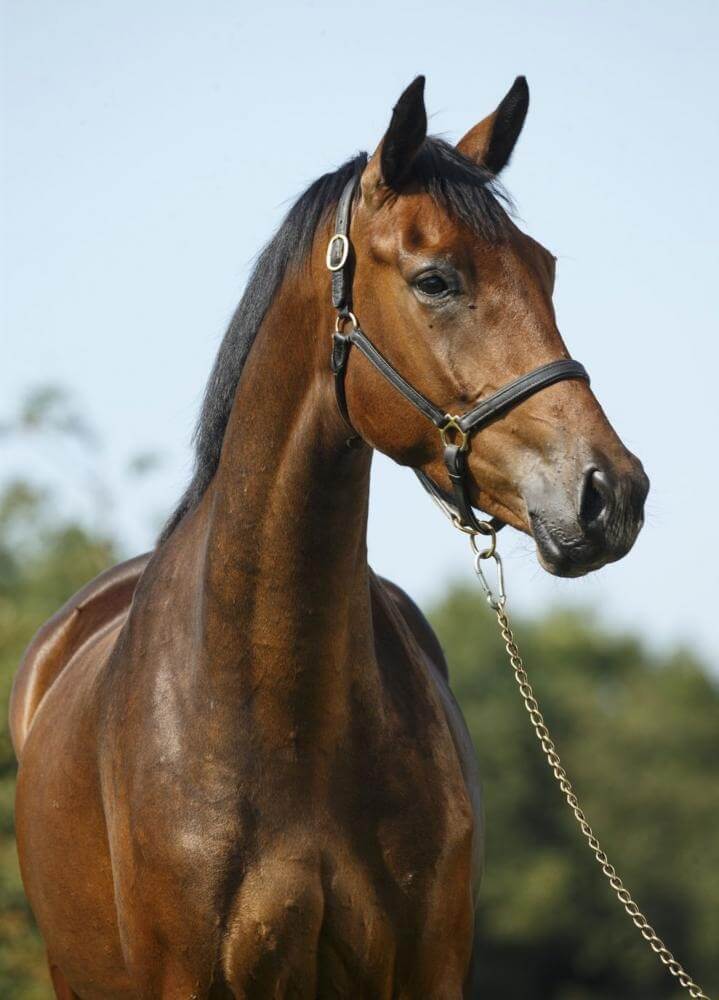 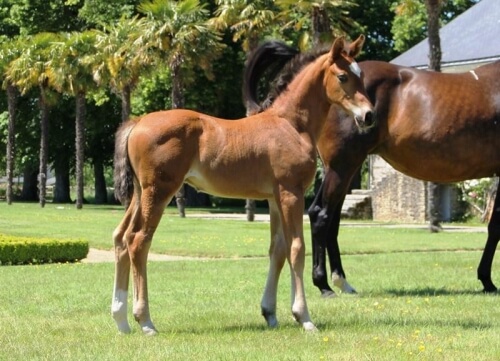 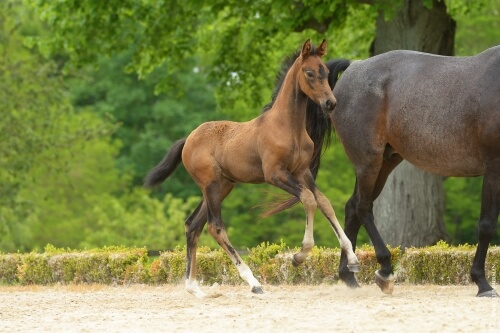 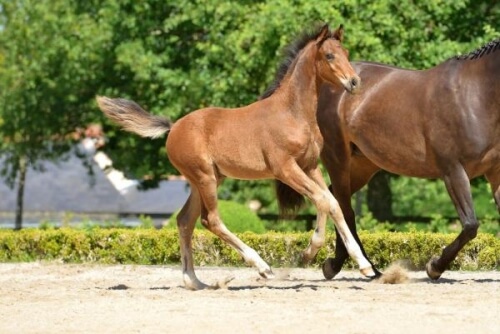