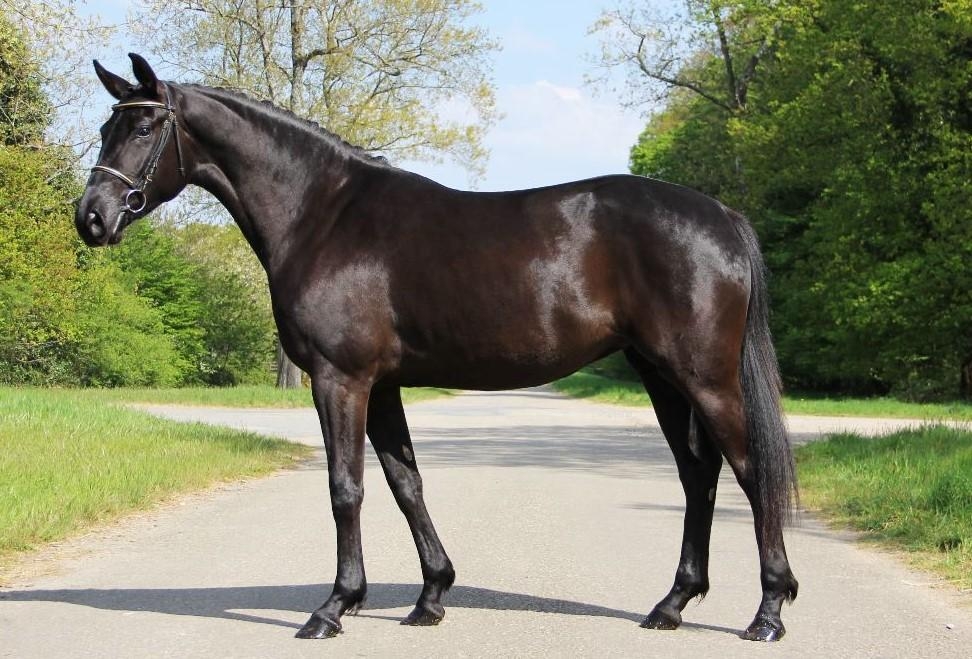 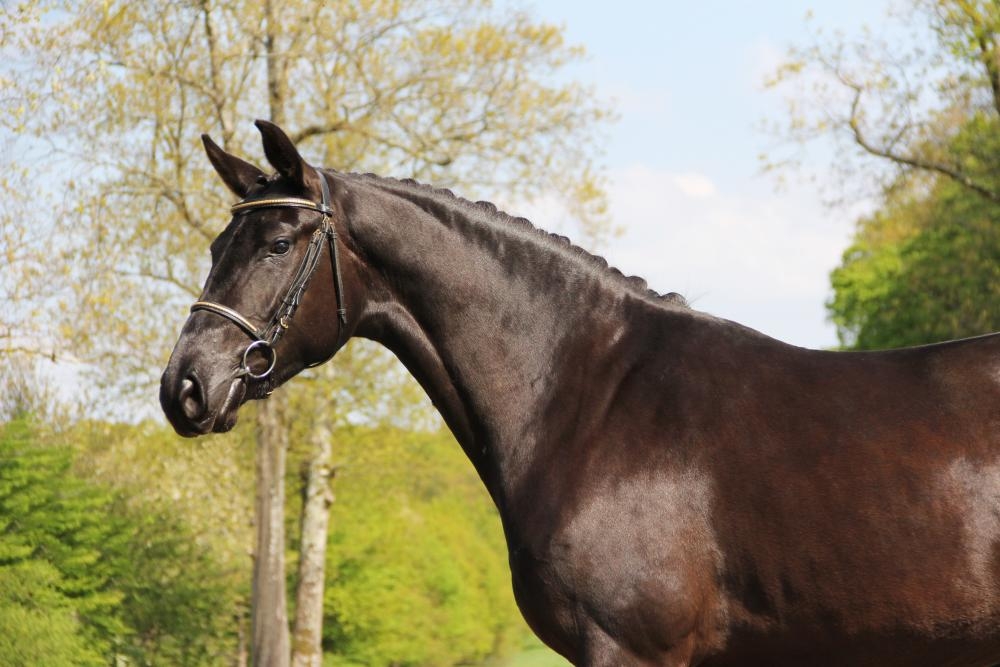 Toto Jr. is the first approved stallion son of the legendary Totilas. In 2014 he won his stallion performance test in Ermelo with 86 points. His flawless character, extraordinary will and reliability combined with his exceptional basic gaits promise him a bright future in dressage.
Toto Jr. exhibits excellent coverage in his walk, trot and canter, which impress with their elasticity and balance, which he transmits to his offspring. 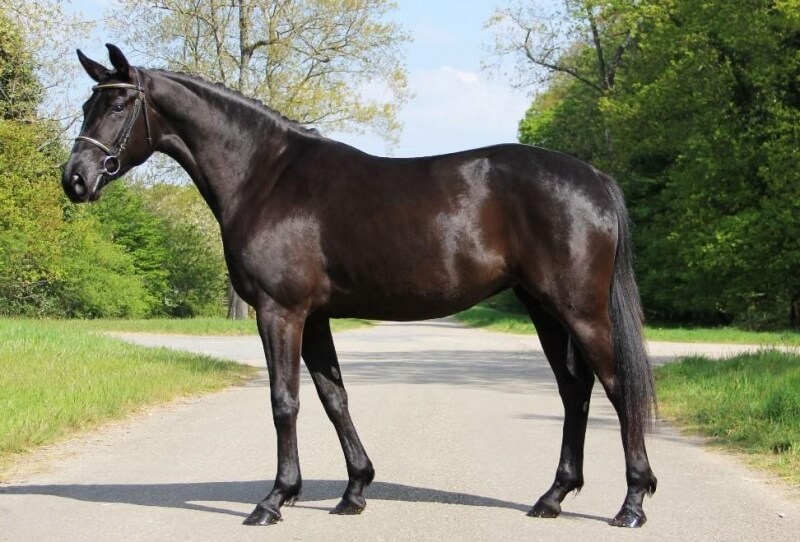 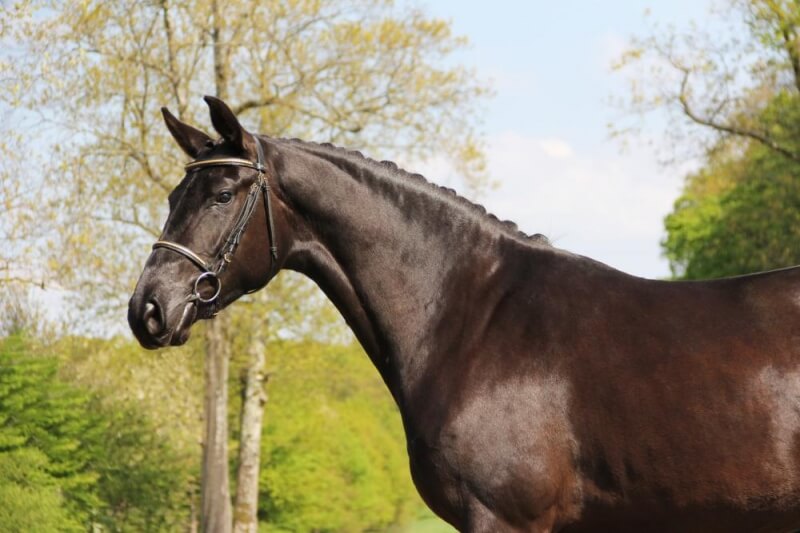