POETIN Z CL I is a clone of the famous dressage mare POETIN, World Champion for young horses in 2003 at an unprecedented level of performance. POETIN was a daughter of the Chef de Race SANDRO HIT. This black stallion made history by winning the World Championship for young horses at the age of 6 under the saddle of Dr. Ulf Möller.

SAMBA HIT I also had a great sporting career under the saddle of Christian Flamm. POESIE is also the dam of several sport horses up to class S***. Her daughter POETIN III, full sister of POETIN, is the dam of the stallion QUATERSTERN who carries twice the blood of POESIE in her pedigree because she is also the granddam of her sire QUATERBACK.

His daughter PRIMA BALLERINA has regularly been ranked in S**. 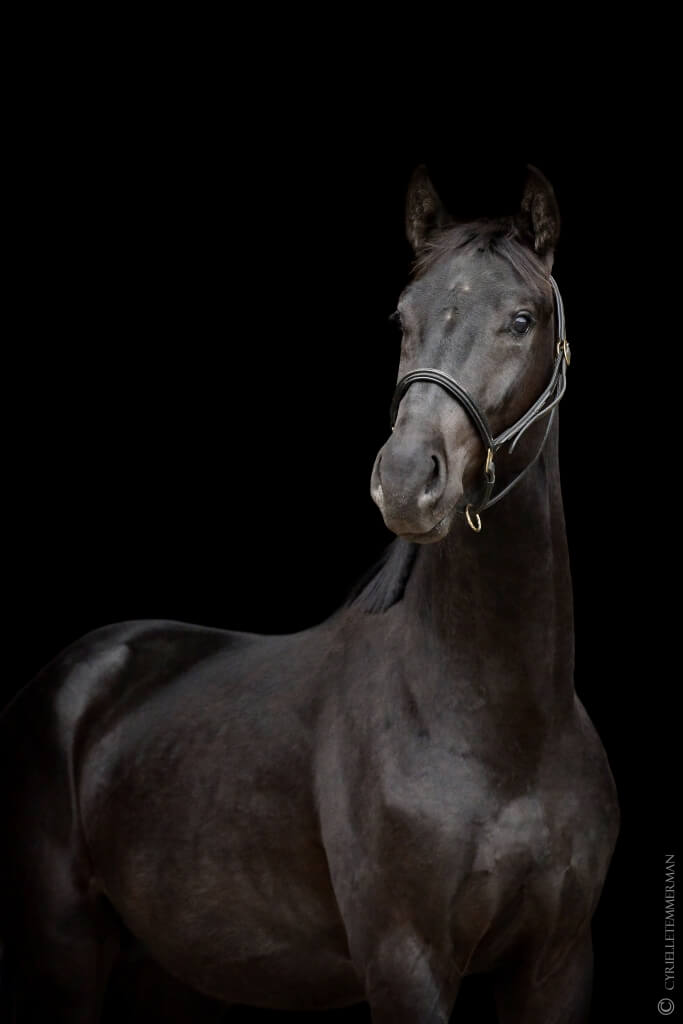