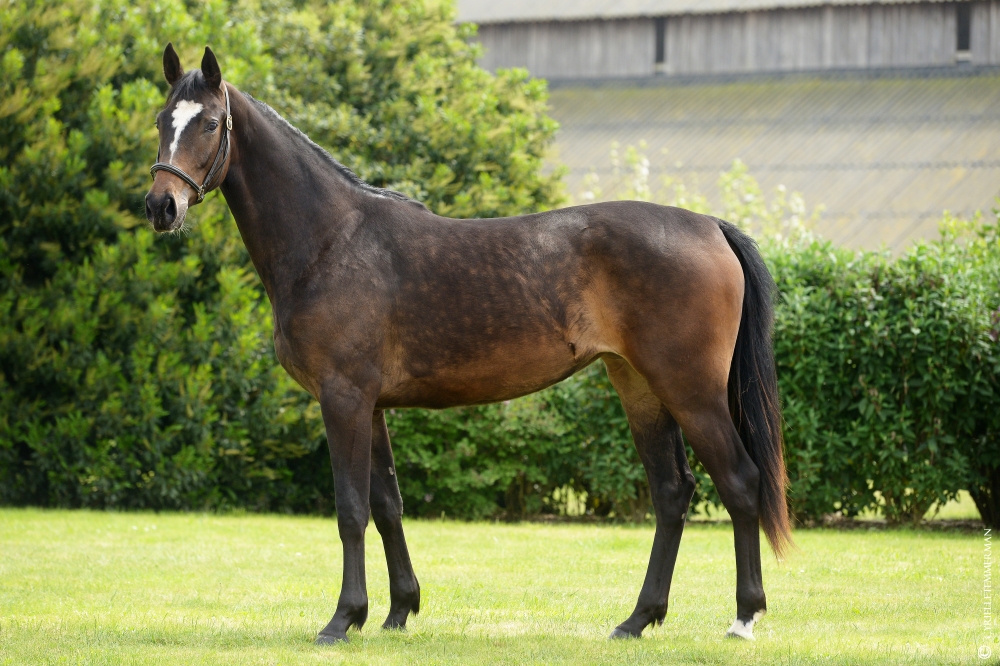 His sire, APACHE, has a remarkable track record: winner of the Coupe des Nations in Rotterdam (CDIO5*), first in the CDI4* at Arnhem in the Netherlands, he won the Prix Saint Georges in 2003 in the CDI3* event…

In addition to being an exceptional athlete, APACHE is an exceptional stallion. He notably produced the great GIO, winner of numerous CDI3* and 4* such as those of Wellington, Hagen and Keysoe. He is particularly known for his silver medal at the Olympic Games with his rider Charlotte Dujardin. We can also talk about FLANELL, daughter of APACHE who recently finished 2nd in the CDI3* at Le Mans and who regularly ranks in CDI4* events.