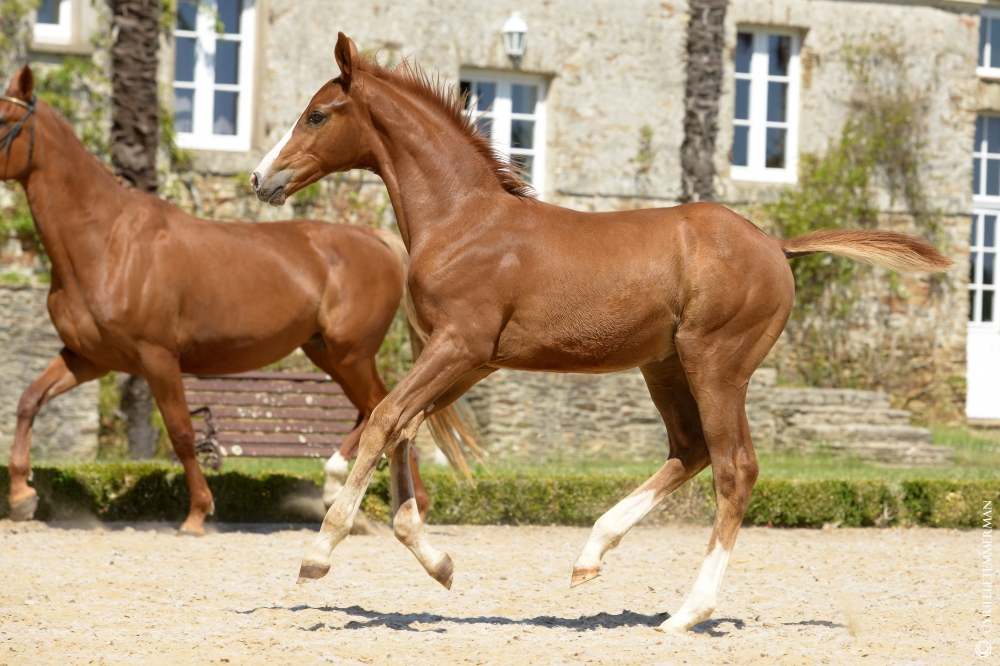 Ranked in GP CSI for 7-year-old horses in 2019, he finished 2nd in Knokke, 5th in St Lô, 7th in Mons-Ghlin… He was the best French duo with Thomas Rousseau at the Lanaken Worlds and finished 25th in the final.

Its first products are already illustrating themselves in foal competitions and auctions. Thus, Itoki de Riverland is French Champion of 3-year-old SF Males in 2021, and Hello de Chalusse is sold for € 70,000 during the Nash sales, while Handy del Colle is sold for € 44,000 at the Elite Fences sales ...

Recognized as one of the most gifted jumpers of his generation, he transmits his elasticity and extraordinary flexibility!

His sire SHOUPPYDAM DES HORTS, champion of the CIR and French Champion at 4 years old, is a son of QUIDAM DE REVEL, who marked High Level sport thanks to his offspring! JUMPY is a mare with extraordinary genetic potential who was notably 3rd in the Critérium des 6 ans before winning the final of the 7 ans at Fontainebleau and totaling 7 years of performances at more than 140 ISOs, including two at more than 160, and more than 90,000 euros in earnings.

On the maternal side, Shouppydam was also provided with many sporting qualities; he's a full brother of Nellypso des Horts, a very good international performer under Edwina Top Alexande's saddle.

DYNAMO was devoted to breeding directly because of its exceptional genetics.

JUMPY, ISO 164 comes from an exceptional line rated 10/10 which has given plethora of international winners and stallions to all generations. She herself is a mare with extraordinary genetic potential who was notably 3rd in the criterium of 6 years-old before winning the 7 years-old final at Fontainebleau and totaling 7 years of performances at more than 140 ISOs including two at more than 160 , and more than 90,000 euros in earnings. 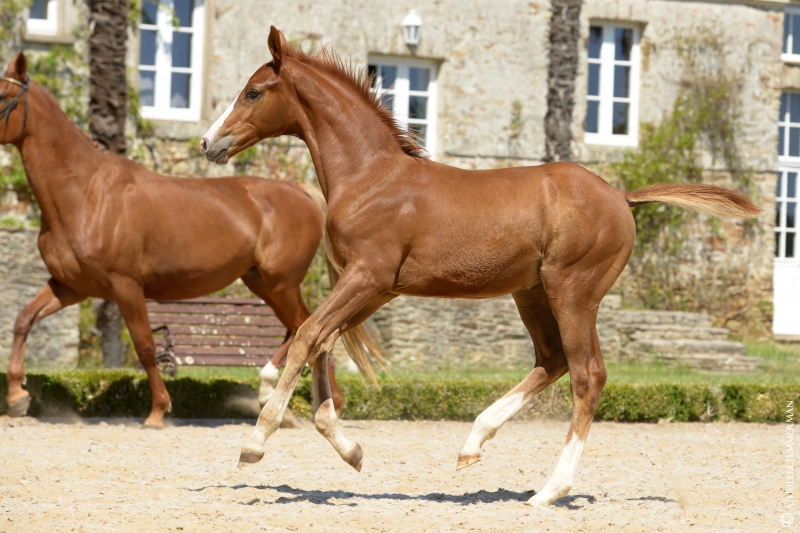