CONRAD DE HUS (renamed HH CONRAD) is crowned vice-champion of Europe under the saddle of Grégory Wathelet in 2015 with whom he regularly ranked in CSI5*. He is now riding under the saddle of his new owner Quentin Judge in the United States in CSI5*. He is also known for his production despite his young age. With already 13 approved sons and many good winners: CAMBRIDGE DE HUS, BROOKLYN DE HUS, BUZZ L'ECLAIR TEAMJOY, ANIBALE DE HUS, EBENE DE HUS (vice-champion of France at 4 years old)...

CONRAD is a son of the brilliant CSI stallion CON AIR (CONTENDER). In 2007 he made the European Championship in Mannheim with Lars Bak Andersen and in 2010 he took part in the World Championships in Lexington with Jose Larocca. This makes him one of CONTENDER's best sons.

CONRAD's dam, MINNE I (LOCATO) is a product of the famous Holstein line 2067. Thanks to the association of CON AIR and LOCATO, we find, through a son and a daughter, twice the blood of COR DE LA BRYERE. The second dam MECHTHILD is a product of the successful association between SACRAMENTO SONG and WAHNFRIED. Crossed with LANDMEISTER, she also produced the Grand Prix show jumping horse LEONARDO ridden by Franke Sloothaak.

She’s the full sister of SOMETHING SPECIAL, international winner under the saddles of Gareth Neill then Lara Neill.

EAMES DE HUS caused a sensation at the 2016 Zangersheide approval and was subsequently approved and then sold to Joris de Brabander who now offers it for riding ! 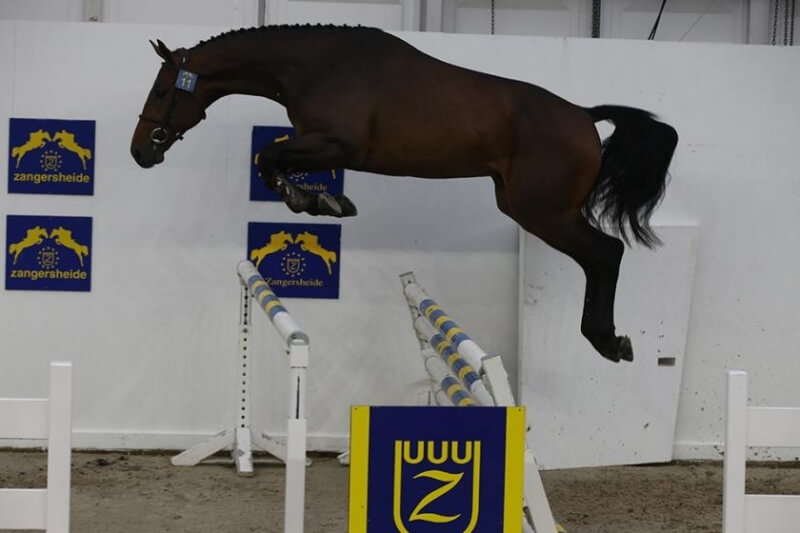 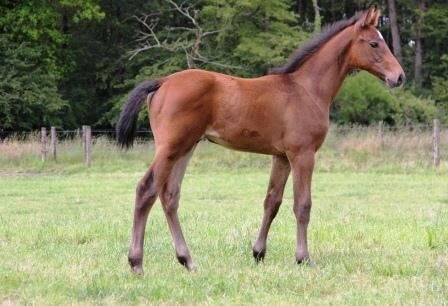 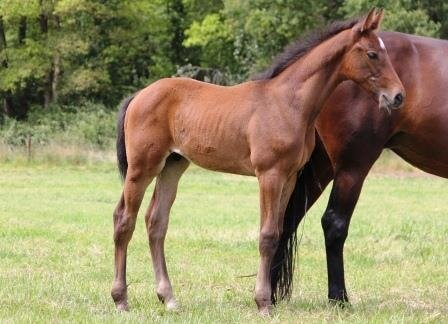 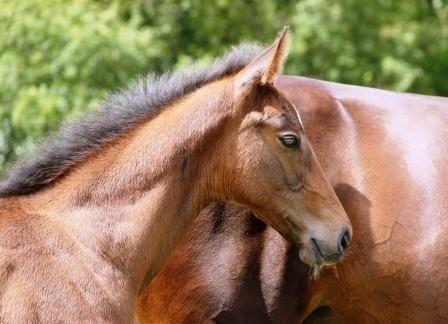