LEVISTAN is bred out of a Hanoverian daughter of the great sire ARGENTAN I, who is undeniably the best son of the influential ABSATZ. Like his famous son ARGENTINUS, also ARGENTAN I produced showjumping horses of the highest level, such as world cup winner ARAMIS ridden by Mario Deslauriers. Grand dam WALDREBE is a product from the successful breeding area around Danneberg, which for years on end has been the nursing pond of Hanoverian showjumping horses. WALDREBE carries successively the blood of the foundation sires WIENERWALD, ARCHIMEDES, ALLJEDER and INGRABAN. Great-grand dam ATLANTICA (ARCHIMEDES) stands at the basis of the successful lineage 843. Her offspring include the reputable stallions CHASSEUR I and II (s. CALYPSO II) and WOLKENTANZ I and II (s. WELTMEYER) as well as the international showjumping horses DORIAN RED (s. DROSSELKLANG II) ridden by Thomas Weinberg, ROSEANNE (s. REBEL I Z) ridden bu Amy Millar and WIENER DOMSPATZ (s. WIENERWALD) ridden by Ludger Beerbaum.

SILVANA, born in 1999 in The Netherlands, is a daughter of CORLAND. This Holsteiner stallion has in is pedigree several sires who were fathers of top-performing sporthorses and stallions like COR DE LA BRYERE, LANDGRAF, RAMIRO.. CORLAND himself competed at Grand Prix-level under W J van der Schans and was placed in Rotterdam, Oslo, Den Bosch, Calgary, La Baule, Bordeaux, Mastricht and finished on 9th place of the European Championship in 200.

Her mother DONATE is a daughter of the KWPN-stallion WIDOR. 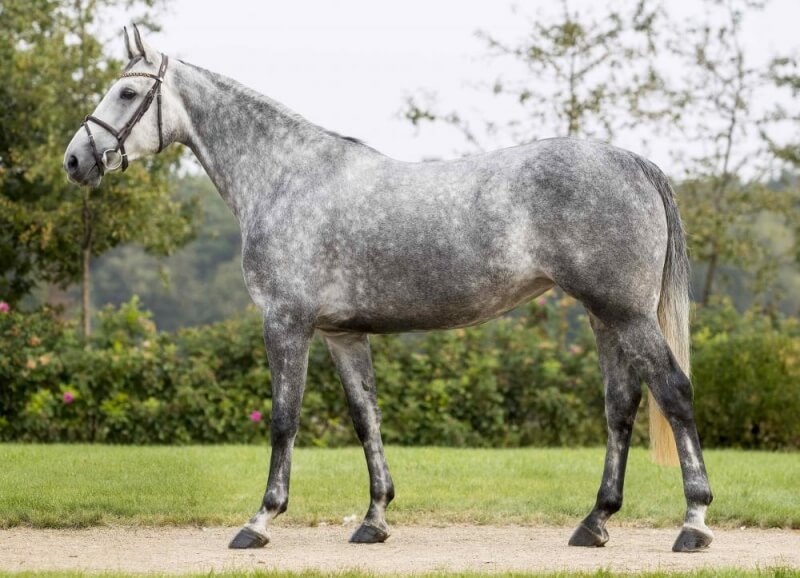 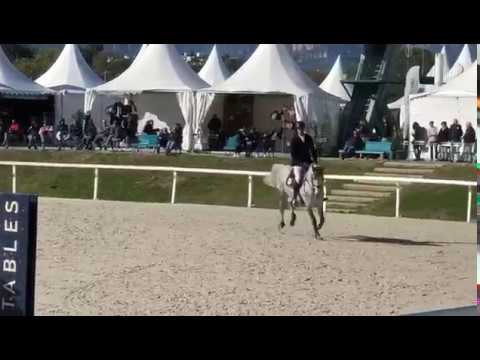 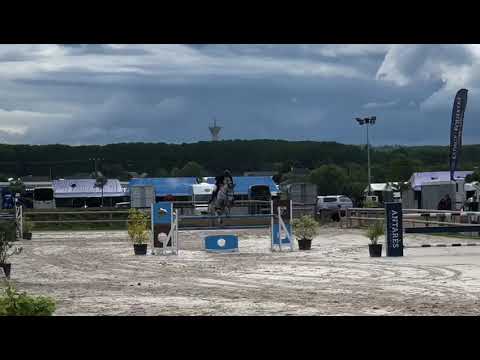 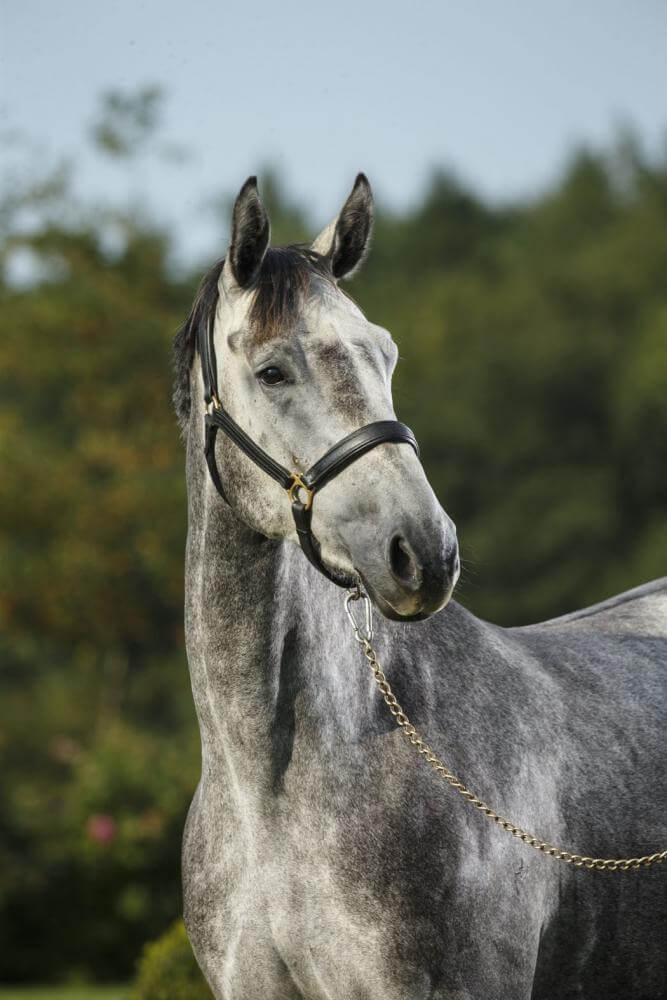 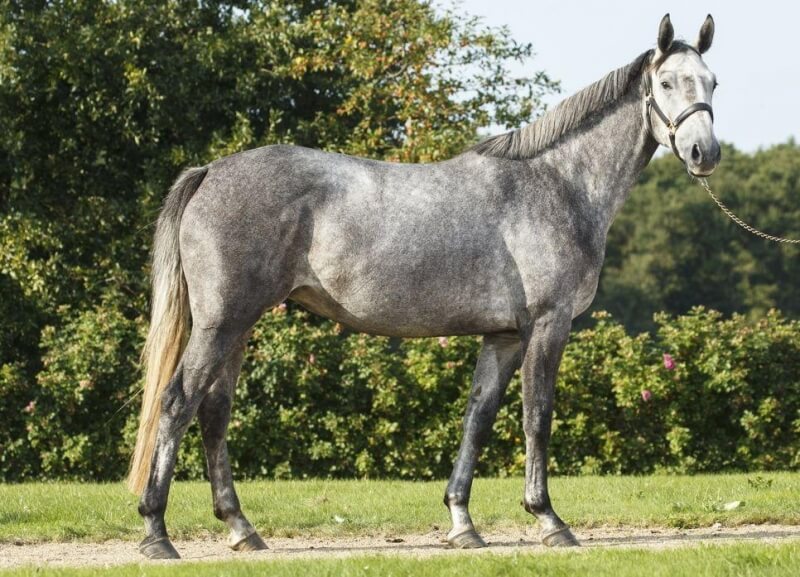 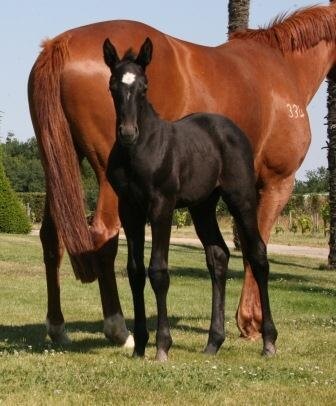 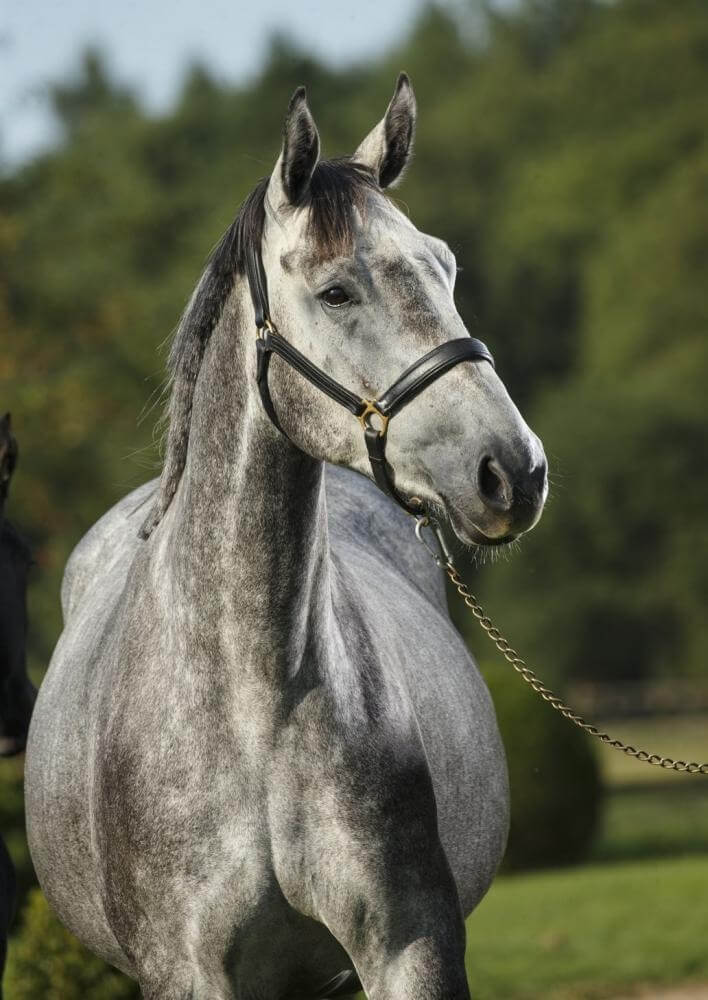 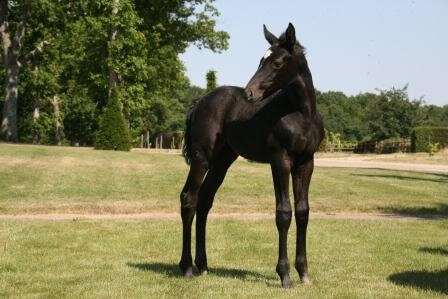 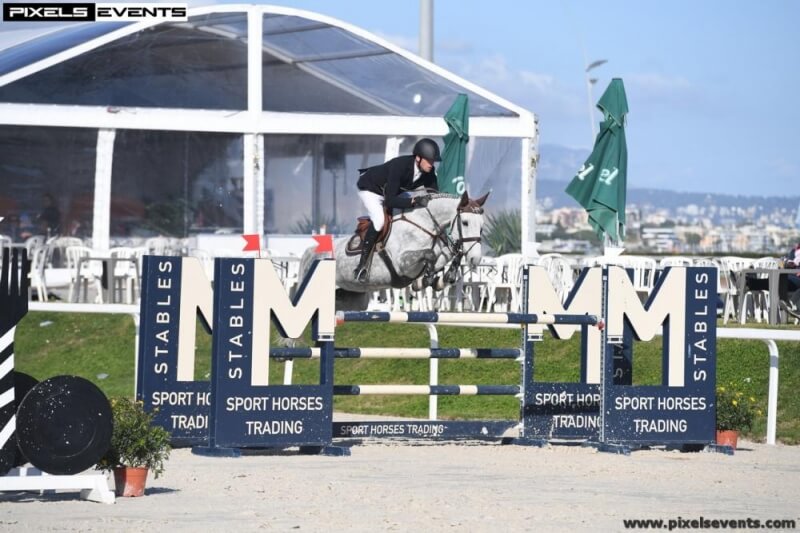 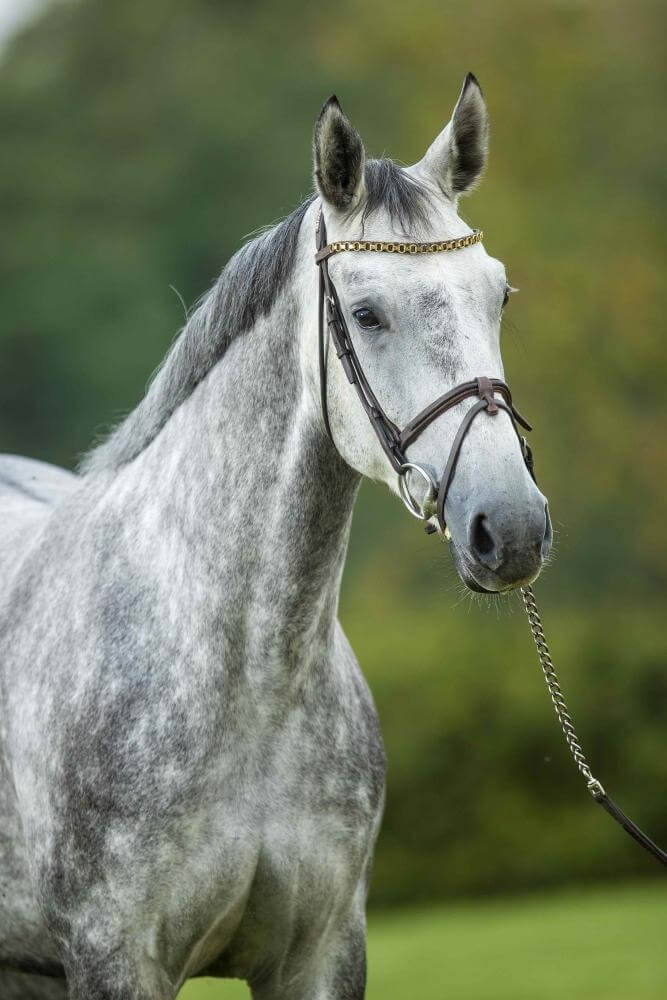 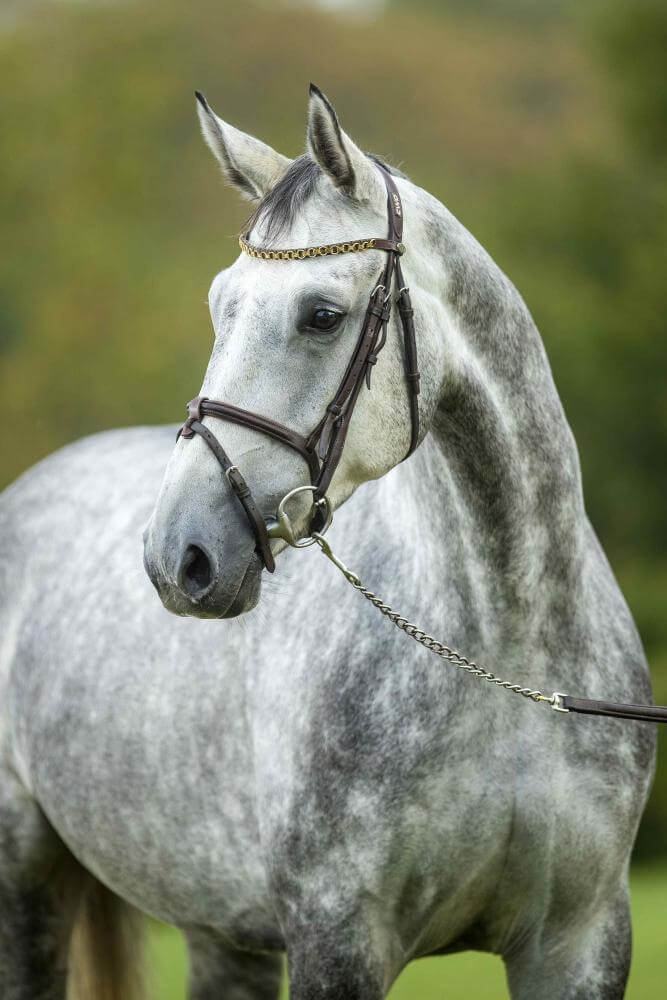 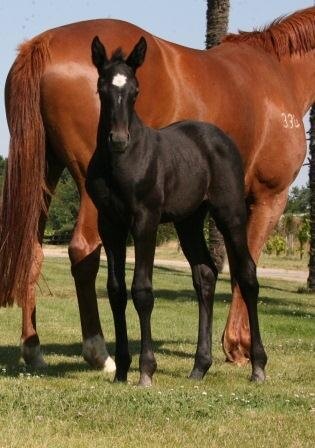 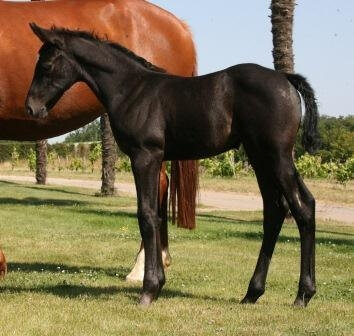 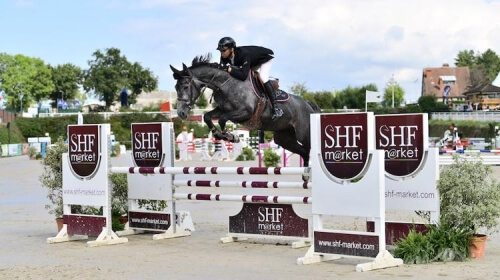 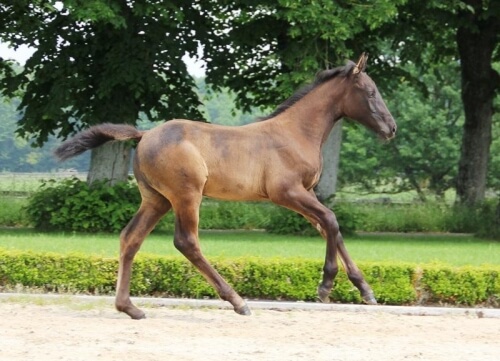 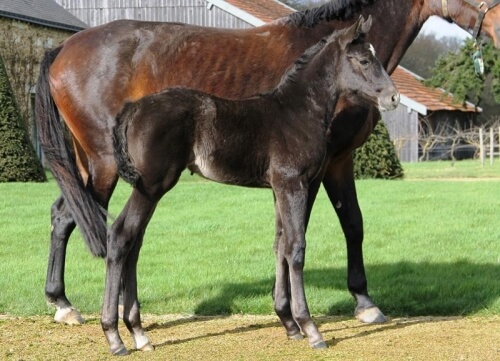 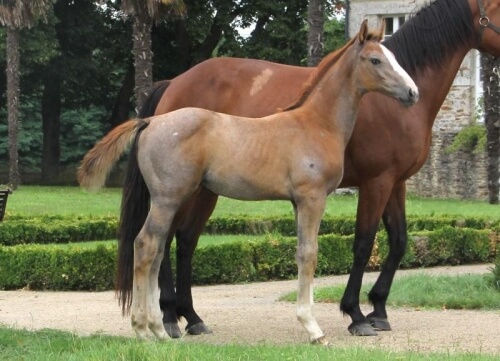 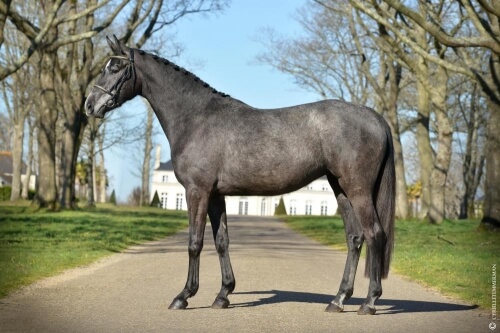 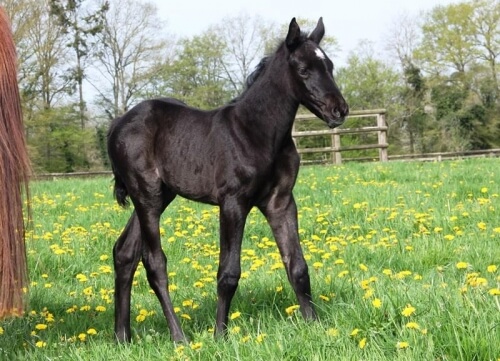 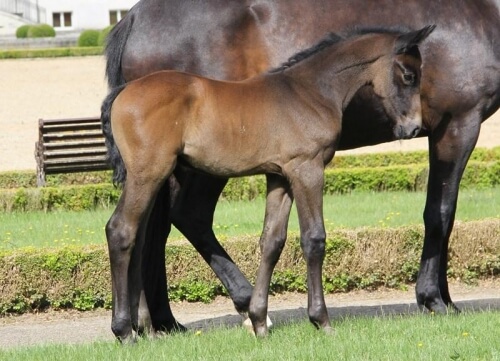 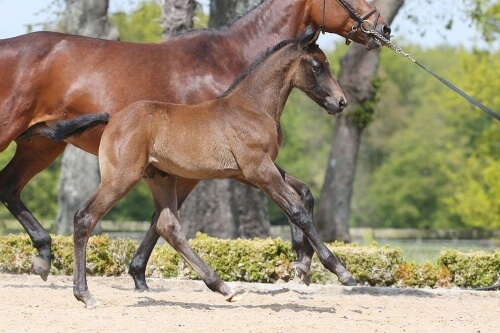 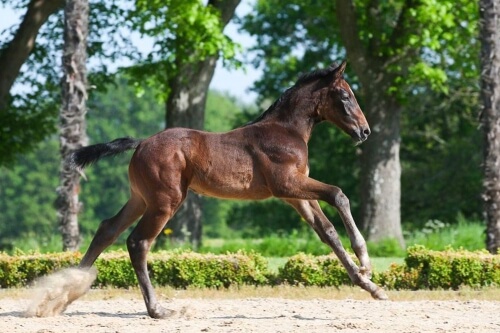 2022 - SELLE FRANCAIS - GRIS - Stallion
A grandson of SILVANA with one of the most endowed horses on the planet!
Learn more