Son of the great winner Cornet Obolensky and of "The Mare of the Century" RATINA Z, COMME IL FAUT was vice-world champion at 5 years old in Lanaken and vice-champion in Germany at 6 years old. He is winner of the Madrid GP World Cup, winner of the GP Global Champions Tour of Vienna, winner of the GP3 * of Paterborn twice, winner of the GP CSI5*-W of London Olympia, team silver medalist and 5th in individual at the European Championships in Rotterdam, 3rd in the GP 160 CSIW5 * World Cup in Leipzig…

The exceptional Qasibelle du Seigneur was sold for a record price of € 150,000 at the Zangersheide auction in 2018!

She produced OAK GROVE'S HEARTFELT (by HEARTBREAKER), regularly ranked in the 1.55m-1.60m event with her rider Harm Lahde, as in Zandhoven in CSI3 *, in Redefin in CSI3 *, in Gross Viegeln in CSI4 *, in Neumünster in CSI3 *, in CSI3 * GP at Redefin ... Herself dam of horses of 1.60 and 1.50 such as CARDINO DU SEIGNEUR (CARDENTO), DERBY DU SEIGNEUR (UGANO SITTE), FAIS TOI BELLE DU SEIGNEUR (BALTIK SITTE). ..

By Chin Chin, TA BELLE VAN SOMBEKE was illustrated in CSI4* (1.60m) with Jos Lansink, as at the GP of Liège, the GP of Wien, that of Zuidlaren, in The Hague or Frankfurt.

LABELLE is the dam of BEAUTY-BELLE VAN'T ROOSAKKER (QUIDAM DE REVEL), ridden by Tobias Meyer and having evolved in 1.45m events, she produced VDL GROEP EUREKA (EUREKA VAN'T ROOSAKKER), ranked in 1.60m events , mother of many top-level horses and of our broodmare IN LOVE JW VAN DE MOERHOEVE ! 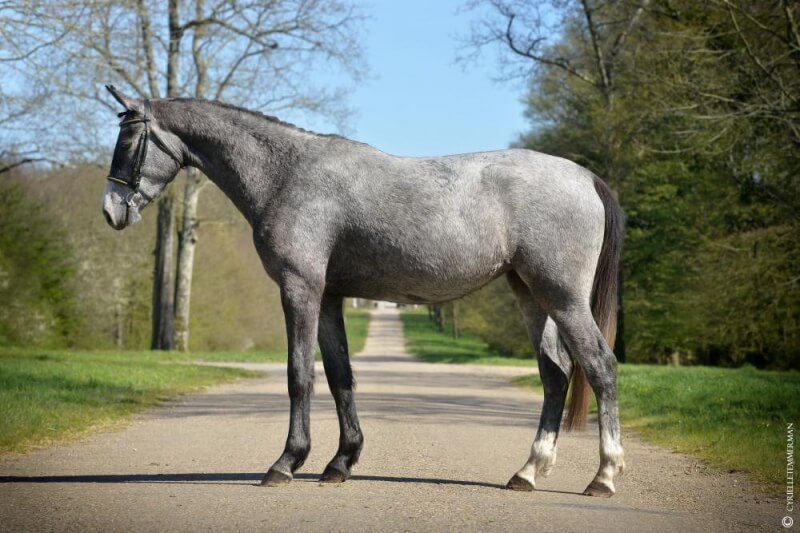