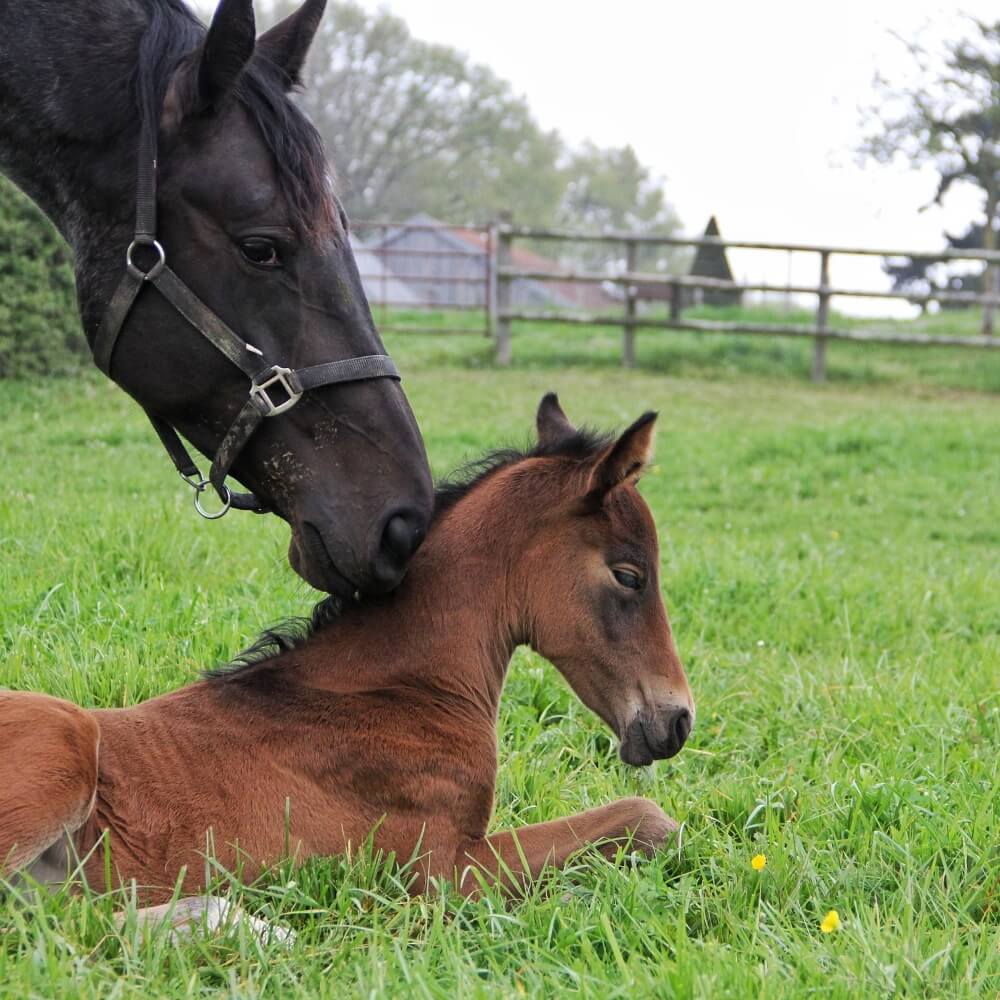 Daughter of DON JUAN DE HUS, who has never ceased to be talked about during his lifetime and has continued since his tragic disappearance. Through his extraordinary gait and sporting success on the one hand, and also through his offspring which, like their father, dominate young horse shows as well as stallion approvals.

In 2018, for the second consecutive year, a son of DON JUAN DE HUS was crowned World Champion in Ermelo. D'AVIE and Severo Jurado Lopez won the 6-year-old final with incredible scores of 10 galloping, 9.8 trotting, 8 walking, 9 submission and 9.5 potential! In the 5-year-old category it was DORIAN GRAY DE HUS and Jessica Michel Botton who made the talk. With the scores of 9.5 at the trot, 9 at the walk and submission, 8.9 at the gallop and 9.4 for the potential they finished in fifth place but the public would have seen them at the top of the podium!

His sire WANDERBURSCH II is a very elegant and talented stallion. He comes from the best Hanoverian bloodlines. In 1988 he finished runner-up in his endorsement at Verden. He has 6 approved sons and 28 state award winning daughters. His products go up to S class as well as in dressage and show jumping.

Among the products of WYELLA there is LAURENTIO, by LAURIES CRUSADOR xx, stallion approved in Oldenburg, Hanover, Rheinland, Westphalia and Denmark. In 2005, he qualified for the German Championships for young horses and he is the father of:

She also produced STARLETT DE HUS (with SAMBA HIT), champion of France at 4 with Jessica Michel then finalist at 5, who is now riding under the saddle of Swiss international rider Céline Michaud.

GINA, is a state award winning mare. Her father, GRANDE has 46 approved sons including the famous GRAPHIT, and approximately 30 state award winning daughters.
Three of its products participated in the Olympic Games:
• GRANDE GISO for the Netherlands
• LARGE for the USA
• GUTE SITTE for Belgium.
GRANDE can be found in many origins both in dressage and in jumps:
• SIZE
• GALAPAGOS (which participated in the 1982 World Championships),
• GRANNUS
• GIGOLO, multi-medalist at the Olympic Games, World and European Championships as well as winner of numerous national titles with his rider Isabelle Werth ... 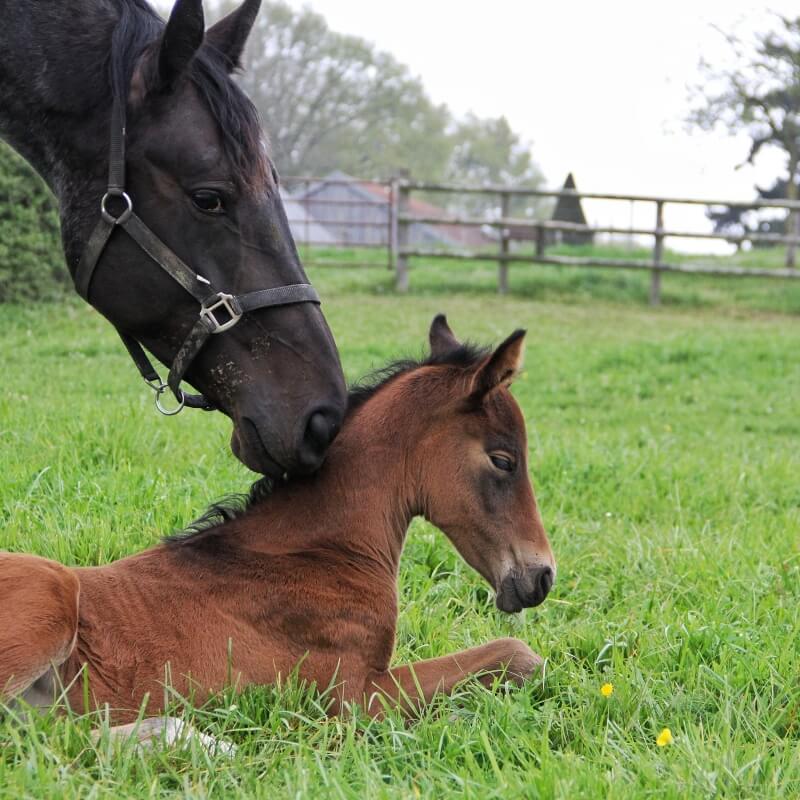